If you regularly put your mobile phone in your pants pocket, you have a problem: it has been shown to affect the quality of your sperm, and it can be a cause of infertility in men. Find out why. 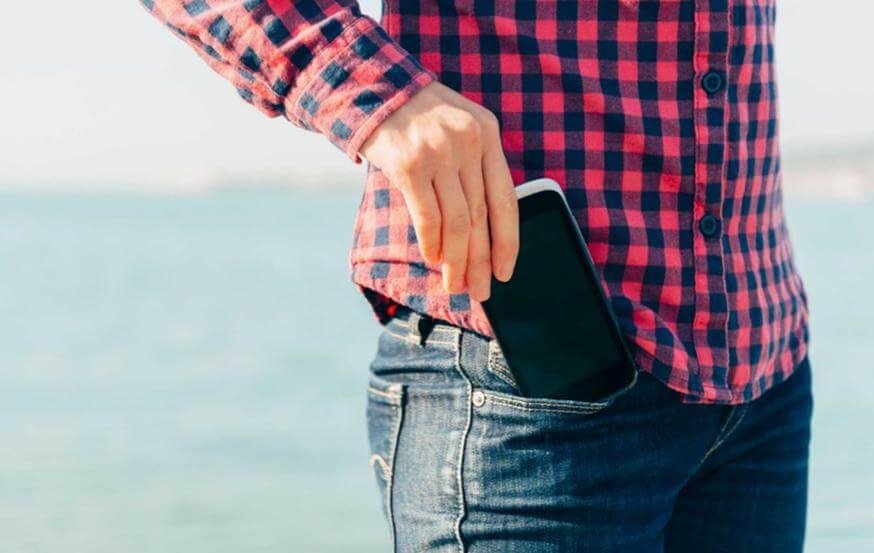 Does the mobile phone really affect a man’s fertility? According to a recent study, yes, especially if it is carried in a trouser pocket.

You probably know that we are facing one of the most controversial issues and that more myths, beliefs and questions have raised over the last few years after the appearance of the mobile phone and the custom of many men to carry it close to their noble parts (for For example, in the pockets of your pants).

As we have learned after the publication of a new study, men who carry their mobile phone in their trouser pocket Their chances of having children could be impaired, since these types of devices do seem to affect male fertility, in a negative way.

On this occasion, a team carried out a systematic review of the results of ten studies carried out in previous years, which include a total of 1,492 samples, to clarify the potential and negative role that it would have on male fertility this type of environmental exposure.

Participants in the analyzes came from fertility clinics and research centers, and their sperm quality was measured in three different ways: motility, viability and concentration.

In the control groups, between 50 and 85% of the sperm showed normal movement.  However, this proportion decreased by an average of 8 percentage points when exposure to mobile phones occurred, with the same consequences for sperm viability, while sperm concentration was less clear.

That is to say, apparently placing the mobile phone in the pocket of the pants would negatively affect the normal movement and viability of the sperm, this negative effect on concentration is not so clear.

According to the researchers, exposure to radio frequency electromagnetic radiation from mobile phones in trouser pockets adversely affects sperm quality.

In the research they analyzed the references of 106 men, based on access to demographic data, taking into account how they used the telephone, and also studied the quality of their sperm.

According to the results obtained, carrying the mobile phone near the groin itself would damage male fertility, as it was revealed that the quality of semen was reduced to levels that could cause infertility, particularly in those men who had the habit of carrying their mobile phones half meter or closer to the groin.

On the other hand, scientists have published an analysis in which they analyze the effect of non-ionizing radiation on sperm production.

In this new study, they analyzed the sperm samples of 1,492 men, showing that exposure to radiation emitted by mobile phones is associated with an 8% reduction in mobility and a 9% reduction in their effectiveness in conceiving.

The quality of a man’s sperm is measured above all by analyzing three basic questions:

How is Ebola treated?

Properties and benefits of tubers

How to relieve and remove mucus